No morse code sound when typing.???

The TONE of the morse is very HIGH on the default setting  ( click on the speaker Icon ).. of 1000

And you may find that these tones are more acceptable.... the lower tone on RX Tone setting, will probably also stop some stations " Chirping "  or " Clipping " on the dits and dahs.

on the Audio of received and sending.

To resolve the problem, follow these instructions ( kindly supplied by Richard / MW0GWG

The audio clipping I was getting while using Windows 10 was resolved by going into the sound card settings as follows
Right clicking sound icon in taskbar
Click open sound settings
click sound control panel (top right)
double click the speakers that are in use
click advanced
uncheck - allow applications to take exclusive control of this device
uncheck - give exclusive mode applications priority
RESTART THE COMPUTER.....
When I restarted the PC those were re-checked by windows but the problem had gone 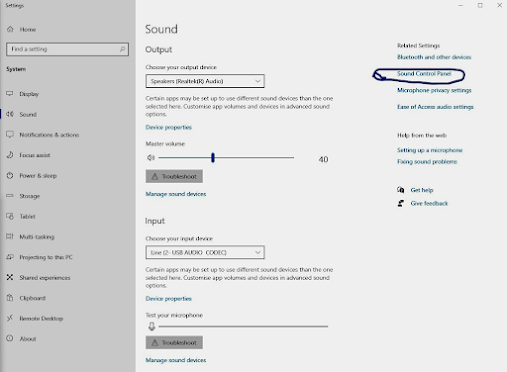 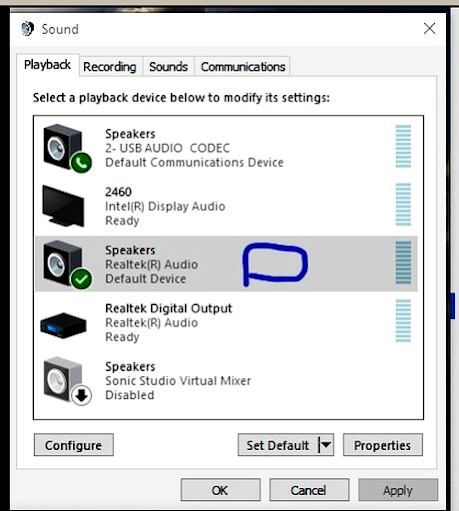 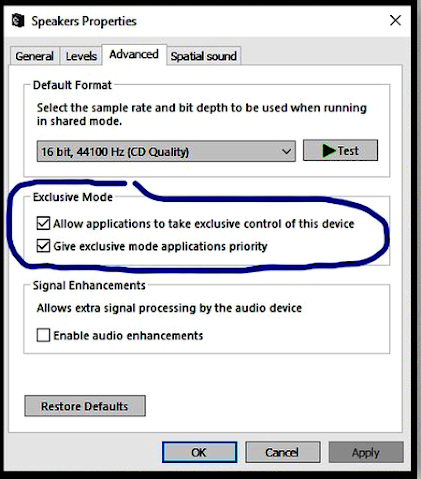 If using Windows 10, and have "keying" and "sound delay" problem....  Make sure the "Internal Keying" choice is selected to "Reset Method".

..... see also the page about "keying with a mouse"...  (this gives instructions on how to adapt a second mouse to use as an adapter instead of the USB to Serial converter ).

I recently had a problem with my small 10" laptop, that I take on hols, and work cwcom/p  or out in the garden on a nice day... The problem manifested itself as a "sound" type problem, but was also associated with incorrect display of the keying.   I use several straight keys,.. so, at first, I suspected the key I was using had dirty contact... changed the key for another one... still same problem... apart from the "crackling" sound... and the "weird" tone/effect that came out of the speakers, there was also some delay in the sound, and the letters on the screen.. All rather "off putting" and frustrating.  The keying was totally corrupted. and the next thing I decided "may" be at fault was the PL2303 usb to serial adapter cable... so I changed it from the cheap chinese version, to the "proper" PLUGABLE one... still not fixed..  Tried several keys, and then double checked it against my "home/desktop" laptop which was producing the same "errors on screen" as the 10" laptop... so I tried a reverse keying... i.e. keying from the home laptop to the 10" ... no problem... Weird or what..

At this point, it was probably caused by Windows Downloading and installing Updates. onto the 10" laptop... ,.

however,  I was not thinking about that, and did the following...

Decided that it was, after all, something to do with the sound card, or sound drivers,

I went to the Help part of CWCOM.. accessed by clicking on the ? at the top of the screen,.

file:///C:/Program%20Files%20%28x86%29/MRX%20Software/CWCom/Help.htm#Audio
.. here it suggests some different ways to combat problems with CWCOM sound... however, none of them worked.


Just to see what it was, and how I could use it, if my blue tooth failed...  I did actually plug it in, to both my laptops, and so the device automatically loaded up the drivers for it....

And so I thought... let`s go and check to see if that "may" be causing problems,  so I clicked on  START then Control Panel> Device Manager 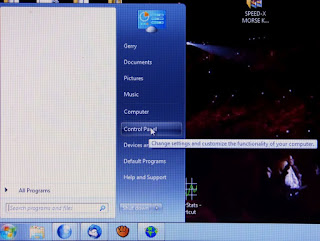 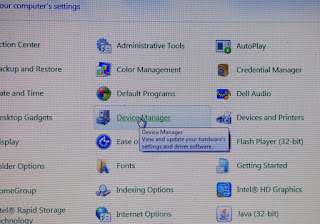 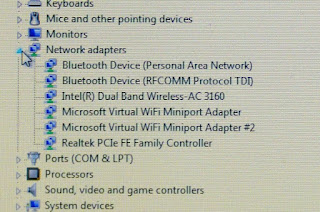 Noticed the two Bluetooth devices listed..... and decided to investigate further...  right click on the first one... 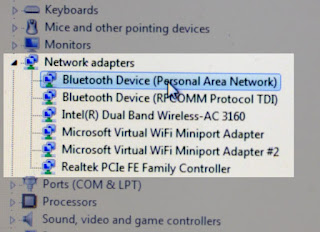 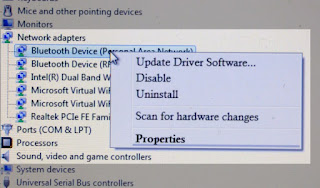 And you get a "pop out" message box....  so I clicked on "Disable"  for that... the list then disappeared and reappeared,... so I did the same again on the second Bluetooth Deivce...

You get another pop out warning that disabling it will stop it working.....  ( Surprise! surprise !)..

Having disabled those critters... Move further down, and click on the "Sound" listing... 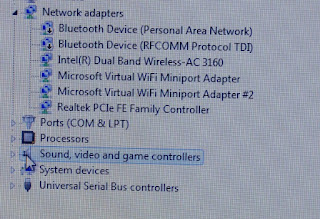 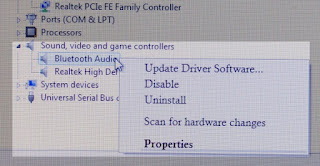 And look!... another Bluetooth mention...  so Disable that one also.. as before..

After doing all that... I thought I had better check that the "proper" bluetooth connections had remained to my other blue tooth devices... so I went to the Bluetooth Icon, bottom right of screen, and clicked it... 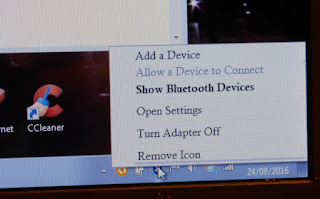 Now click on "Show Bluetooth Devices" and you should get a new window pane open with all your bluetooth devices listed... 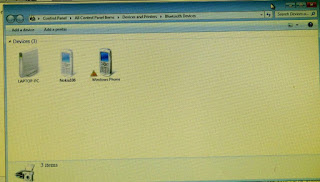 After doing all that.... I went back to CWCOM, and did a test transmission, and it was perfect... the sound was "much improved"... and the text appeared on screen exactly as I had keyed it...


NOTE... THIS WORKED FOR ME... YOU USE THE INFORMATION ON THIS BLOGSITE AT YOUR OWN RISK...  IF YOU HAVE BLUETOOTH DEVICES , LIKE BLUE TOOTH HEADPHONES, BE SURE TO DOUBLE CHECK THAT THEY ARE ACTUALLY WORKING.. AND IF NOT... RE-ENABLE THE DEVICE IN THE SAME ORDER AS ABOVE..

ANOTHER NOTE...  Using a bluetooth phone connection instead of a wireless connection .. ( to tether your phone to your laptop), may cause delay in keying,
Posted by MorseMan at 18:47:00

MorseMan
I am 71 yrs old and retired.. I am Ex-Royal Navy Leading Radio Operator (G). The last time I used Morse on a live circuit on the air, was in 1968.... until I found CWCOM about 4 years ago, since then, my rusty morse has improved greatly using it every day, to make contact with over 500 ops world wide on cwcom.